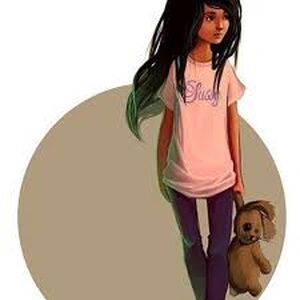 aka "The Girl From Nowhere". Abandoned by her mother at age 6, she is given the final version of the virus.

Amy was the daughter of Jeanette Bellafonte and Bill Reynolds. She was named Amy after her grandmother from her mothers side. Her middle name Harper came from the writer Harper Lee.

Shortly after being given the virus, she is rescued by Wolgast and resides with him in an abandoned summer camp in Oregon. After Wolgast supposedly dies from radiation poisoning, she resides with an unnamed family, and later an unnamed woman (both caretakers later implied to have been killed in a viral attack). She then wanders alone throughout the North American Pacific region for decades, eventually settling in the vicinity of the First Colony, in southern California. When she comes to First Colony she still looks like a teenager and has amazing healing properties. Amy only talks through her mind for a period, telepathically. She can also communicate with animals and the virals. When she does begin speaking, her behavior and communication style comes across as quirky and slightly "off" to the members of the First Colony (likely due to prolonged lack of contact with other humans). It is also known that the Twelve and Zero know of her, and seem to be searching for her. Babcock even seems to be somewhat afraid of her. It is possible she has a love for Peter, as she kisses him on the cheek at one point. Amy also only chooses to speak with him when she arrives at First Colony.

Amy works at an orphanage in the Texas Republic until she is overcome by severe abdominal pain. She travels with Greer to visit Carter and then to The Homeland. After her visit with Carter she appears as a fully adult woman. She poses as the leader of the insurgency in order to get close to the Twelve. At her staged execution, Amy transforms into a viral and with the help of the viral Brad Wolgast, attacks the Twelve (who number ten because Carter is not with them.)

The City of Mirrors