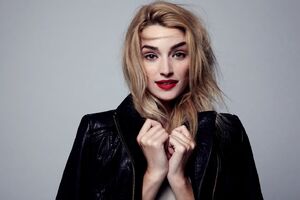 Shuana Babcock is a character based on the male version in the book.

Brianne Howey plays the cunning Babcock with charm, master manipulation and more than a touch of sex appeal.

Sparks fly between Babcock and Vince on Fox’s series.